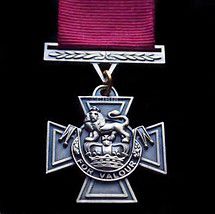 The Victoria Cross was introduced in 1856 by Queen Victoria. It was awarded for “… most conspicuous bravery, or some daring or pre-eminent act of valour or self-sacrifice, or extreme devotion to duty in the presence of the enemy.” Since its inception the medal has been awarded 1,356 times. 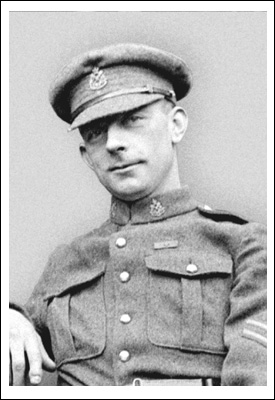 “Who at Courcellete, France, on the 16th day of September 1916 during a bombing attack, while acting as first bayonet man, he knew that bombs were running short and while the enemy were resisting vigorously – although one of his fingers had been blown off at the second joint by a German bomb – jumped out of his trench and ran along the parados a considerable distance and into close contact with the enemy, firing at point-blank range and killing and wounding many of them, whereupon, the enemy believing themselves to be cut off, desisted from the fight and surrendered and 62 prisoners were taken. The action of this man at this juncture undoubtedly resulted in the taking of 256 yards of enemy trench, thereby making it possible for his Battalion to occupy and hold the ground gained in the general attack. Private Kerr then, with two other men escorted the prisoners across open ground, and under heavy fire, to a support trench, and returned and reported himself for duty to his Company Commander before his wound had been dressed. The conduct of this man on several other occasions has been brought to notice and this recommendation is supported by the common consent and voice of all ranks in his company.” 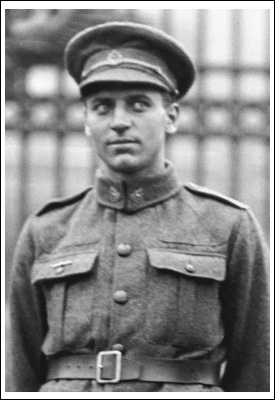 “For his remarkable bravery and gallantry in action during operations from the night October 28/29th to night 31/1st November in which the Battalion carried out an attack on the German Line in the vicinity of Passchendaele Ridge on the morning of October 30th, shortly after the attack launched, his company came under intense artillery fire and their further advance was held up by a murderous fire from an enemy machine gun firing from directly in front of them. Private Kinross, making a careful survey of the situation, deliberatley divested himself of all of his personal equipment save his rifle and bandolier, and, regardless of his personal safety advanced alone open ground in broad daylight, charged the enemy machine gun and crew of six, killing every member and seized and destroyed the gun. His superb example and courage instilled the greatest confidence in his company and enabled a further advance of 300 yards to be made and a highly important position established. Private Kinross throughout the day after most of his officers and NCO’s had been killed, showed marvelous coolness and courage, fighting with the utmost aggressiveness against heavy odds until seriously wounded.”