From 24 May to 6 June 49 members of The Loyal Edmonton Regiment and its extended family toured Sicily and Italy to retrace the steps of our Second World War battalion.  From the landing beaches in Sicily to the Savio Bridgehead and Naviglio Canal in northern Italy we visited battlefield sites and cemeteries.  Our emphasis was on visiting as many of the sites of the Battle Honours won by our Regiment in Sicily and Italy as we could.

Among the highlights of the tour were two special ceremonies where members of the Regiment and Italian citizens recognized important events 75 years ago.  Capt. Rick Dumas has written an article describing those events and more.  Some outtakes from his article are below.  For the full interesting article go straight to the pdf file link below.

Following the breakout from the Hitler Line (24-28 May, 1944) the Regiment liberated the town of Frosinone on May 31.  In recognition of that event, a ceremony was held in that town involving speeches, presentations, and a wreath-laying at a monument to one of our own who was killed in Frosinone (Lt. E.N. Simm). 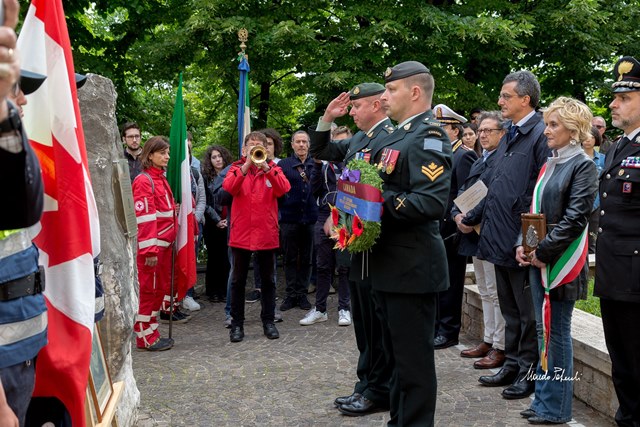 At the Monument, Commanding Officer, LCol J. McCully and Wreath Bearer – MCpl W. Brettner prepare to lay a wreath, in honour of the Loyal Eddies that were killed or wounded in action and taken prisoner of war during the liberation of Frosinone. Note the Regimental plaque held by the Mayor, proudly wearing her Italian tri-colour sash.

The Battle of Ortona is one of our most significant battle honours.  Part of our visit to Ortona included viewing a colossal model of the town as it was during the battle in December of 1943 and a ceremony renaming of its main piazza, Piazza Plebiscite, where the Canadian Price of Peace Monument is located. The piazza is now known as “Piazza degli Eroi Canadesi” (Square to the memory of Canadian Heroes). 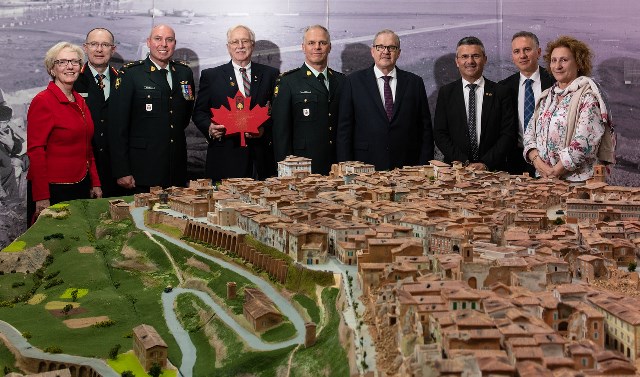 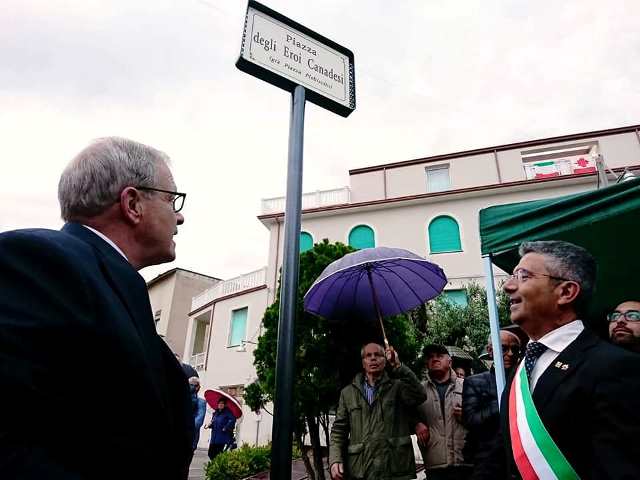